Easter means a great deal of many things to a great deal of people. From its most highly considered religious aspect to its basic meaning of a few weeks off school and some chocolate eggs, it is loved the world over.

I myself have never been a very religious person. Of course I have certainly prayed when the notion has taken me but it was usually in the way Bart Simpson would have prayed, hoping that I had gotten away with whatever trouble I might find myself in. I am not an attender of church but neither am I a theist, believing the answers might lay somewhere down the middle. I have no issue with anyone who has faith or anyone who does not. It is simply a very private and personal belief system that someone holds so why should it be up to me to challenge that.

One thing I always did enjoy about Easter Sunday though was the chocolate eggs and the big roast dinner. We would never be spoilt rotten with eggs but we were never in a position of only having “just the one” that had to last. Nowadays I would be in that bracket and pretty much always have “just the one” egg as it was better for my waistline. This Easter however is a completely different matter, I will not be receiving any eggs at all.

All because I went and had Bariatric Surgery.

Well, let me tell you, I had thought I would very much be able to fancy a small Cadbury’s Buttons egg (my actual favourite, especially once in the freezer) but I can pretty much rest assured that I do not. My taste buds appear to have become a good deal more savoury that ever before.

I only know this because my brother bought our mother a big chocolate egg and because his two boys had insisted I should have something, I was given a small Marks & Spencer Easter Bunny. Fantastic! I was myself a happy bunny, but not for long. I ate it slowly even though it was only two bites big, but as I savoured the flavour it was not long before the desire of the chocolate had faded and all I wanted was a clean palet, free of chocolate and sweetness. This was a very strange, very new situation and one I have never encountered before. True, I had enjoyed the small piece of chocolate but it wasn’t long before I found I was hunting for something much more savoury as a flavour replacement all because I no longer appeared to have the sweet tooth.

I am not really sure how I feel about this.

I know it will have had something to do with the fact that I have not eaten chocolate for so long it probably meant that I was very quickly fulfilled by the sensation, but I was more surprised I didn’t yearn for it to continue. I wanted a nice fresh and clean palet with something savoury to take away the clouding sweetness. It was all very strange but I suppose that this is something I shall have to get used to over the next year or so. Things I like no longer appealing and things I was not particularly bothered about, actually becoming part of my check list for the taste buds.

They say it does happen.

Why it is I have no idea. Maybe it is the fact that the stomach loses the Ghrelin, maybe it’s the fact that the brain has some kind of shock and changes what the body wants by way of food demands, maybe its even the fact that obese eaters have actually “worn out” their taste buds because of the years of over use – honestly the last one really is a reason, given by a Doctor after holding a clinical trial, so believe that if you will. As I said, I have no idea why, but it does not surprise me because the human body and brain are such complex organs that there would be simply no mileage in trying to guess at the reason I would no longer like something. I am just happy that although I have tried it and it was okay, I have lost the desire to try it again and again.

Another thing I did notice happened most drastically was the clothes. I explained the other day that I had been drowned by a pair of trousers that were only just before the operation perfectly suitable, well I put on a pair of trousers yesterday that although were still a bit to large around the waist, at least they didn’t fall down when I stood up. Result. Well it was only when I saw my family a bit later in the day did I realise I was actually dressed like bag man with everything just being much to big all over. It was amazing to experience but each thing I pulled out and put on looked like a bin liner. The worst bit was, the trousers I believed fitted were that wide in the top of the legs, I looked like Eric Morecambe when he wore the jodhpurs with tea trays in them! Hysterical but not really the best look for a fashion conscious guy like myself…!

I suppose the shopping is going to have to happen a little quicker than I had expected so I have now got to investigate where I go and what I buy although I am really not looking forward to it so will probably leave it until my clothes are literally falling off of me before I do make an attempt to hit the high street as I find it a thoroughly loathsome past time for myself. Who knows though, now I am a bit smaller, I may enjoy the experience once more as the clothes stores might have my size on the hangar and not make me require a special order or hunting on the internet for a day. 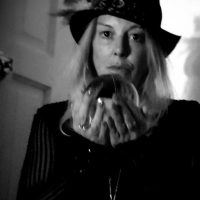 The Nester©
the uniform project
The Devil Corp